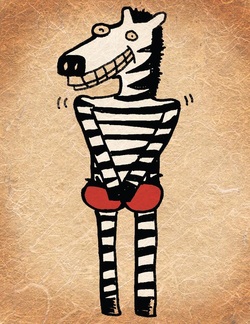 Most of the major newspapers in Toronto wrote stories this week about the sexually explicit poster placed in a grade 7 classroom for almost 7 months.  The poster is the product of ACT (Aids Committee of Toronto) and it leads children to their website where they will find “Youth Programs – Sex A to Z”(WARNING: this link contains graphic content).  This material is so vile that I cannot even describe most of it and it is funded by Scotiabank. 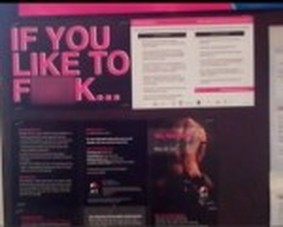 he displaying of this poster in a public school is the product of a pedagogical culture established by the Ontario Ministry of Education and the Toronto District School Board.  In 2010 the Ministry presented a new Sex Education Curriculum that taught grade 3 children six genders and that you may not be the gender of your anatomy, oral sex in grade 4 and anal sex in grade 6. (After much protest they were forced to withdraw the program.)  The TDSB’s website provided instructions for teachers to prepare lessons leading children to sexually experiment on each other with vegetables as well as other unmentionable practices.

The Ministry passed bill 13 forcing even  Catholic schools to have homosexual clubs led by homosexuals.  They also implemented the “Equity and Inclusive” program forcing 8 year olds to question their gender and read a book “Are you a boy or a girl”.  Now the Ministry is calling on all kindergartens reshape the way children think about gender, accepting six genders and their own “true” gender.  The latest salvo is aimed at preschoolers with a 50 page book demanding that daycare operators teach radical sexual thought to parents and pupils.

In such an educational culture this part-time teacher felt that is was okay to display sexually explicit material in his classroom for 7 months.  But did he know where the poster was pointing the children, to the ACT website www.actoronto.org.

ACT has a program directed at youth that advocates vile sexual practices such as auto-fellatio, felching, irrumatio, urophilia, defication, and other stomach turning material.  The posters display Charlie Brown like figures performing mind bending abusive sex acts.  Most of these acts are so vile that one cannot even imagine them.
ACT is funded by the government and sponsored by Scotiabank. According to a press release  “Last year, participants raised more than $475,000 to support ACT's vital programs and services”.  It is detestable that a well respected Canadian institution would bankroll this kind of program. It is unconscionable that our government treats our children with such disrespect designing programs of corruption for our innocent little children.

Would you like to advertise your business or ministry on LHF? Please contact us and ask about our advertising options.