LHF Ministries
The faith-political approach of British politician William Wilberforce –- who fought the British slave trade in the early 1800s -– might have a 21st century counterpart in Langley MP Mark Warawa.

Vancouver Sun Ottawa reporter Peter O’Neil figured that out when he wrote a March 28 story which suggested Warawa was an unlikely candidate to buck the prime minister’s alleged “iron rule.”

O’Neil saved the good stuff for the last few paragraphs. There he reports on some comments from Tim McCarthy, one of Warawa’s pastors at North Langley Community Church, where the MP and his wife, Diane, attend. 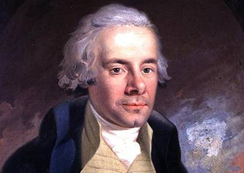 “I think he’s taking a very courageous stand,” McCarthy said, comparing Warawa’s position to that of English politician William Wilberforce, an evangelical Christian who battled slavery in the early 1800s.

While he has his doubts the anti-abortion movement is close to a breakthrough in Canada, which has been without a law on abortion since a 1988 Supreme Court of Canada ruling, he said Warawa’s battle is worth fighting.

“Even if nothing were to change, my perspective is that we’re not only accountable to history or even to constituents. We’re accountable to God and to doing the right thing.

“Knowing where Mark stands on his faith, and I don’t mean this in the abortion sense but in the integrity sense, if you are given these convictions you have to live with yourself and your relationship with God, according to the choices that you make.”

Warawa’s recent actions have zeroed in specifically on gender-selection abortion, practiced in some cultures because of the inclination of parents to favour male progeny.

He was asked to stand down on giving a member’s statement on the subject in the House of Commons. As well, his Motion 408 on the same subject was ruled ‘non-votable’ by the House parliamentary procedure committee.

Much media coverage has attempted to create a rift between the prime minister’s office on one hand and Warawa and other social conservatives on the other. That contention is based on Prime Minister Stephen Harper’s promise, in the 2011 election, not to allow the abortion debate to be returned to the public arena.

From this ‘perch,’ O’Neil’s Wilberforce reference is a fairer assessment, because it tends to play down a governing party’s internecine struggle.

I agree that Warawa is in this for the long run. So he must keep a balance between the need to speak his conscience and his constituents’ wishes on one hand, and the need to understand that debate on the subject can be shrill at the best of times and ferocious at the worst.

It is instructive to note that Harper does not try to ban discussion on abortion. Rather, he tries to keep in check the kind of debate that would turn the House into more of a bear pit than it already is.

In fact, late last week, a joint PMO-Conservative caucus statement announced that a sub-committee would be formed to keep the peace while giving members the free reign they need.

The difference between discussion and debate is essential to understanding what is happening here.