LHF Ministries
It looks like a Swiss Chard Smoothie, and most Canadians can't think of anything less palatable than that.

But Spirulina, a nutrient-rich algae that can be developed into a powerful food supplement, is considered to be the next 'super-food,' with huge potential to help conquer malnutrition and some diseases so common in the developing world.

Dr. Karen Henriksen, a Canadian physician from B.C. and SIM missionary based in Rio da Huila Hospital in Angola, is introducing Spirulina as a nutritional supplement for patients.

"Spirulina is so effective because it is a natural food with all the essential amino acids, and it is rich in vitamin A and iron," says Henriksen. "It's easily absorbed and it doesn't require cooking, in fact, cooking will diminish its rich vitamin content. It is easily incorporated into a child's drink or mixed into cooked cereal."

Wet spirulina, says Henriksen, can be easily incorporated into lombi, a traditional Angolan dish made from pumpkin or sweet potato leaves.

This nutritional powerhouse is not native to Angola, and Henriksen had not heard of it herself before attending the 2008 Missions Fest conference in Vancouver. "I met a biotech from India who told me about spirulina. In India, women grow it in their own yards for their family and as a small business."

The idea of a powerful nutritional supplement made from an algae that could be potentially introduced into Angola intrigued Henriksen, who later travelled to Brazil to visit a spirulina farm and learn firsthand what she would need to get a project like this off the ground in Angola. She has since been joined in her mission—literally—by another missionary with specialties in physics and biostatistics. Aaron and Sarah Jones were brought on board by SIM to work with Dr. Henriksen to move the spirulina project from an idea to a reality.

That's exactly what is happening 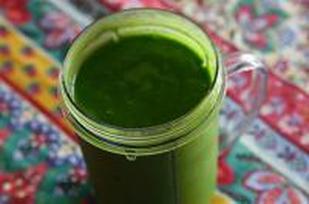 "It will take hard work learning how to grow spirulina here," says Henriksen. "Every environment is different. We will need good indoor stock cultures to survive our winter temperatures, green housing to maximize the growth hours every day and protect it from rain. Drying spirulina in the rainy season will be another challenge."

Henriksen's team is committed to grow, harvest and dry the "green manna" and then provide it to the community as a nutritional additive, focusing especially on the tubercolosis patients at the Rio da Huila Hospital, and the children in the surrounding communities.

Their focus right now is determining the best way to grow and preserve the spirulina. Aqua culture, using sodium bicarbonate is one option. Processed manure as part of the equation is another. "This will take some experimenting," says Henriksen. "We are about making a difference with the expertise and tools available to us. It's not right, and it's not love, that people die of malnutrition. I see a tuberculosis patient taking meds without getting better because she has no food. Her body and immune system need to grow strong.

"Our job at Rio Da Huila is not merely treating illness. It is to see people get better, cured, and healthy. We want to see healthy communities," she says. That includes spiritual health."Our work is about bringing the presence of God and His love to this, our community of Nyancea people in Angola," says Henriksen.

"This is the kind of innovation that really excites us at SIM," says John Denbok, executive director of SIM. "And it's a great Canadian story. Here we have a Canadian missionary, attending a Canadian missions event, meeting up with an Indian biotechnican, then travelling to Brazil, then back to Angola to implement. We can't wait to see the results in the lives of the patients Dr. Henriksen treats and the children whose lives can be changed forever because they receive the nutrition they need."