I am a little nervous as my fingers hit the keyboard. Seeing what kind of firestorm was unleashed from blogs by Lee Grady and Jennifer LeClaire, both excellent writers—do I really dare add my two cents on women in ministry? 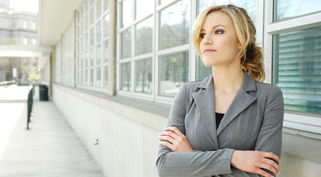 Is it possible that both camps are right to some degree? We must separate governmental authority from ministry gifts. For the most part, men are called to govern (eldership), but women can teach, preach, prophesy, etc. (see Eph. 4 regarding spiritual gifts). Yes, there are exceptions like Deborah. But Deborah is one of a handful of women used at that level of governmental authority. It is the exception, not the rule.

It would hard for a woman to be the husband of one wife (although Ellen seems happy), however that is not a qualification to preach and teach or do miracles, but to sit on the elders’ board (see 1 Tim. 3), which is the primary governing body in a local congregation (at least in the New Testament). Yes, there can be exceptions, but the rule is that God calls men to govern.

It does appear that the Scriptures here and in Titus 1 are saying that an elder is to be one who leads his household, and Scripture gives that role of leadership to men. It cannot just be a cultural limitation for the time, since it is found in most cultures of the world and ratified in the patterns of Biblical leadership. However, the Bible greatly elevates women and their potential roles. Women are equally created in God’s image; that is quite a gain from most cultures. Hence, the Bible’s view of men governing should not hold back women from ministering.

As those who have a high view of biblical inspiration, we cannot think that Paul’s prescriptive teaching yielded to demeaning women. Role distinctions are clear in Ephesians 5, 1 Timothy 3, and 1 Peter 3. We would be foolish to not recognize the God-ordained differences between men and women.

We are quick to blast homosexuality because two men can't make a baby--it is not natural, we say. Valid argument, but God also did not create men with the ability to breastfeed. Men and women are different. That is a good thing! We complement each other. I am so happy to be married to someone who doesn’t look like me and act like me, but to a beautiful woman, who keeps me from making foolish mistakes because she is not like me.

What About Galatians 3:28?
Good question, and as a Messianic Jew who still believes Israel is called and chosen, I am well versed in explaining this often misunderstood passage.

"There is neither Jew nor Greek, neither slave nor free, nor is there male nore female; for you are all one in Christ Jesus" (Gal. 3:28).

This passage is dealing with our standing in the Messiah, ability to approach God and the availability of salvation. When it comes to eternal life, God’s love for us and our status before him, there is no difference between men and women. In context, he was not talking about women in ministry, but the fact that Gentiles do not have to keep Torah (Jewish Law) in order to receive salvation. Just as the Jews are still called to live as Jews (see Rom. 3:1-3, 11:29) men and women have different roles.

It doesn’t take a rocket scientist or a biblical scholar to see that God made us different. I know I am treading on thin ice here, but for the most part, wouldn’t you agree that the average male has more ability to govern than the average female? More of a tendency to the rational (which is sometimes a problem!). And wouldn’t you agree that the average female is far more merciful, loving and caring than the average male? Far more sensitive to the needs of others? I know there are exceptions, but by and large, this holds true.

The healthiest churches that I have witnessed are not ones led by women, or dominating men, or a power couple, but ones led by a team of male elders, who value their wives' input. This is the New Testament pattern.

What about Priscilla?
Let’s assume, though scripture is not clear, that Priscilla was an apostolic leader. Let’s assume that she led a team of men. If that is true, then she is the one example of a woman holding governing authority in the New Testament. And what that says to me is, like Deborah, there are rare exceptions, but that is not the rule.

I just taught in a Filipino Bible school in Tel Aviv. The leadership is all female. The students are all female, except for one man. They are migrant workers in Israel. God is using the female pastor in mighty way, as there are very few Filipino males in Israel. She is a Deborah.

Covering and Protecting
Having said that, in our congregation, which is led by a senior leader and team of elders, we love it when our women preach, prophesy and teach. We have a woman on the regular preaching rotation and she may be the finest teacher in all of Israel. But she is not an elder.

One of the roles of eldership is to cover our women when they minister, to protect them from spiritual warfare. I understand that very statement can be seen as condescending to women, but I don’t mean it that way. I know my wife, who is a strong-willed Israeli—nobody’s pushover, is grateful when I lay hands on her and chase away the enemy, and as her husband I have the authority to do so.

Jesus the Radical
We fail to understand how radical Jesus was in regard to women. In His time, women were greatly devalued—much like they are today in many Islamic nations. When he stood against the Pharisees at the Temple as they sought to goad him into stoning the women caught in adultery, that was radical! When the Holy Spirit moved Paul to write passages that would speak of a husband having genuine affection for his wife, and laying down his life in love for her, that was radical!

It was not the norm for a husband in those days to regard his wife in this way—as someone to be cherished, protected, someone for whom he would be willing to die. You have no idea how radical this teaching was. Asking a man to express unconditional love and affection for his wife was unheard of. Western culture has Yeshua to thank for this shift. Without the teachings of the New Covenant, the West would never have become as civilized as it is.

That being said, if God wanted women carrying governmental authority in the congregation, then He would have led Paul to write that. God was not afraid of offending the culture.