LHF Ministries
You are living in a major sociological shift.

China will soon be the largest English speaking country in the world.

Each person entering the workforce today can expect to have ten to 14 jobs – by age 38!

One out of eight couples who married in the U.S. last year met online.

The popular internet social gathering spot, "MySpace," would be 11th in size if it were a country.

There are presently five times as many words in use as there were in Shakespeare's time.

Where will it stop; or will it? Is the church setting the pace in this spread of knowledge worldwide? Or are we even keeping up? I'm not sure. The current sociological shift is historic, surpassing the transition from agricultural to industrial and industrial to technological. It will blow the doors off everything we have known. Our past methods and even knowledge may not serve us well in this new age of communication. The church must become relevant to a world that has knowledge but little wisdom and power.

I recently put a tag on my "MySpace" to track where people were visiting from around the world. Hundreds of spots appeared on my little world map. People were reading my meager blog from all over the world. Antarctica was the only continent not represented! Today a voice that once could barely be heard beyond the block now has the power to stir hearts around the world.

All of this can be somewhat scary for the average pastor who struggles to keep up with e-mail. The days of giving a good sermon and expecting the building to fill are over. Actually, they have been over for awhile, but leaders who are creative and prayerful will make the transition. 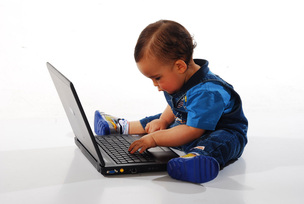 Shifts are not new to the church. One of the greatest of these shifts appears in Acts 10 where the New Testament records how the Gospel spread to the Gentiles. Cornelius wasn't a Christian or a Jew, but his prayers and giving to the poor caught the attention of heaven. God intervened and sent Peter to preach to him and his friends who eagerly received Jesus.

A Reformation is taking place, or either the one Martin Luther started is moving to another dimension.

So God used someone outside the church to change the church's mentality. The church in His day had become ingrown and myopic. Leaders had settled into Jerusalem and had forgotten the mandate of the ascending Christ which was to go to Judea, Samaria and the uttermost parts of the world. Cornelius forced the church to reconsider their clannish views and open their doors to the non-Jewish population. The dying world, represented by Cornelius, had to make a demand on the church for it to transition to the next place in God. This may be happening again.

Smoking, drinking and cussing Mel Gibson may be one of God's instruments. His outstanding, prophetic film, The Passion of the Christ, broke Hollywood mind sets and crushed all previous records at the box office. The church is not the only organization that is feeling the pinch of change. Mel changed the idea of how Hollywood thought. Sylvester Stallone recently reached out to the church with his film, "Rocky Balboa." He marketed the film as a tool for discipling new Christians because of its moral theme.

I'm not sure where Mel and Sylvester are spiritually, yet I know that God is moving in the marketplace and will use anyone who is thirsty or available. May the church be wise enough to see the handwriting on the wall because "the times; they are a-changing."

The church must embrace and fully use the technology of the present. Don't reach for super-spiritual mantras like, "God will draw them in," or "We are in the world, but not of the world."

Really? Then why do you drive a car and use a microwave? We must live in the culture where God placed us and invade it with the presence and power of Christ. Daniel lived in a corrupt and evil culture, taking on names and lifestyles previously unknown to him, yet he became a light in darkness. Joseph lived in an environment that so changed him that he was unrecognizable to his own brothers. He adapted and became the one who saved the known world from extinction through famine. His God-given strategies superseded the advancements of the Egyptians. Through Joseph the most powerful nation on earth back then received a download of heavenly wisdom in a time of crisis. That download saved the known world from famine. 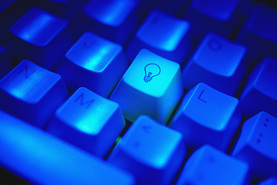 Communication is a key to evangelizing and fellowshipping in this era. Cell phones and e-mails are necessary daily connections for your church. Having a good, interactive website is as necessary now as a telephone was 50 years ago. Don't try to create it yourself. Inexpensive Internet services are abundant and excellent in quality. Put a weekly newsletter on your website. Offer free podcasts of your sermons with links to sites dealing with issues that the church faces. Initiate a MySpace and begin to blog daily. Visit the MySpaces of people in the congregation and see what is really going on in their lives! Looking into a person's MySpace is the modern version of learning about someone in anonymity. It's the new way to form and maintain relationships.

Have you seen the TV ads for E-Harmony.com? It's a popular relationship connection site where thousands of people have found their mates. Several of these couples are in our church. E-harmony has recently partnered with other Christian organizations to offer counseling and compatibility assessments for married couples. My wife and I took the assessment, and it was uncomfortably revealing. I found out that she had a need that I wasn't meeting. We are now referring people in our congregation to this service. It's a comfortable resource for an Internet-driven culture.

How is the Internet making an impact on church culture? For one thing, people don't come to church as often as they used to. Have you noticed that some sincerely committed people only attend services twice a month? In response to this stressor, a local church pastor can become more legalistic in an attempt to urge the flock to attend services, or he or she can seek wisdom in this transition.  How can we positively motivate people to fellowship in this culture?

Martin Luther changed how we do church forever. His Reformation has become a 500 year movement toward a greater dependency on Christ. We are justified by faith alone. I believe that Martin Luther's challenge was right. I understand that we've been dividing ever since, but the Reformation has taken us to new and greater places. Perhaps we are in a new Reformation now or maybe the one Martin Luther started is moving to a new dimension.

House churches have become attractive because many are now getting their spiritual guidance from multiple sources. Actually some people go to several churches for different reasons. God appears to be using mega churches, small churches and house churches. The common denominator of success seems to be linked to leaders that function with an open hand realizing that the world is at the fingertips of everyone who owns a laptop. Rather than compete, your church needs to become a place for some to connect, for some to be planted and for some to observe and learn.

I believe that a healthy 21st Century church will accommodate all types of disciples regardless of commitment level to service attendance. In the midst of change, our only hope is to lean on the One who never changes in character, but who often changes method. Our goal should be to stay reasonably relevant technologically, yet provide only that which we can provide best and do it with excellence: the presence of God. Let's openly invite the presence and power of God into every gathering.

Excuse the terminology, but He is the church's "product." The service we provide is equipping and maturing believers to invade a thirsty world.

A Reformation is taking place, or either the one Martin Luther started is moving to another dimension. The next move of the Spirit will be a Cornelius move. I believe it is being initiated already in the world and will come to the church. Many local churches will reject it because they won't recognize it.

We have seen evidence of this in our city of Cleveland, Ohio. Recently, one of our national sports teams made it to the finals for the first time in their 38-year history. The city of Cleveland is on fire! Basketball fans are coming out of the woodwork. Three slogans are moving the city in this wave of excitement: "We are witnesses," "Rise up," and "We believe." Is the world boldly using phrases that we have been too embarrassed to use? It's not an accident. I believe that the momentum is really God warming the atmosphere of our city to change and creating hunger.

Those who embrace this end-time Reformation in the church and the world will experience growth that will not be theirs, but His. Churches continue to evangelize and equip, but we will better release a huge army into the world. The organization will not be able to do this, but it will be the organism, the people, charged with the presence and power of God, doing exploits!

Remember, your website may get them into the Kingdom, but the presence of God will plant them there.

The church needs to become a safe place for active soldiers fighting the good fight of faith. The most elite warriors will seek a church that equips and challenges, rather than coddles and excuses.

The church will return to its God-given role as a tool in the hand of God, a means and not the end. It will be like a window that many will look through and see the glory of God. The window will not be the focus, but the glory shining through it. It will not become a new law, a different bondage, but a servant to assist a hungry world into finding a loving Father. Jesus will finally get all of the glory.

Remember, your website may get them into the Kingdom, but the presence of God will plant them there. Your podcast will touch their hearts, but they may never remember who transformed them. You may win them to Christ, yet the church down the street might have what they need next. Let your hands remain open, and God will give you people for a season, maybe some for a lifetime.

If the change makes you feel insecure, remember this verse from the Message Bible:

"When God, who is the best shepherd of all, comes out in the open with his rule, he'll see that you've done it right and commend you lavishly" (1 Peter 5:4 TMNT).