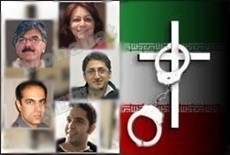 Two Christians arrested in a raid on a house church in Shiraz, Iran, in October have been released after posting bail amounting to about $25,000 USD each.

There has been an alarming upsurge in the harassment and persecution of Christians in Iran, particularly converts. About 300 Christians have reportedly been arrested and imprisoned in the country since 2010.

Please pray that those who remain in prison will be bold witnesses for Christ. Pray that the Lord will bless and protect them and their families. Please pray that this intensified persecution in Iran would serve only to increase the numbers of believers day by day (Acts 5:14). 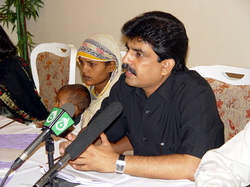 While Pakistani believer Younis Masih awaits word on his appeal against the death sentence he received for blasphemy, Pakistani teenager Rimsha Masih is scheduled to return to court to face blasphemy charges.

Younis, a husband and father of four, has been imprisoned for the past seven years on a false charge of blasphemy. His family has been forced to flee their home, and Younis has been attacked by other inmates while in prison. His lawyer survived an apparent attempt on his life and has also been threatened.

Rimsha, who has also been unjustly accused of blasphemy, will soon be returning to court in Islamabad, and her lawyers are pushing to have the case dismissed.

Please pray that Younis and Rimsha will both be freed and returned safely to their families. Please pray that their lawyers will be protected and will persevere despite personal danger. Praise God for these faithful believers and pray that He will use them to draw others into relationship with His Son. 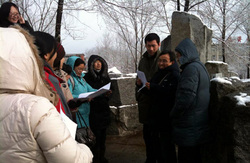 Shouwang Church in China recently held its 45th outdoor worship service amidst the rain and snow while praising God's faithfulness this year. Church leaders report that while two believers were detained at a hotel and at least 18 more were taken from home or from locations near the service, all have now been released.

It was three years ago, on November 1, that the church held its first service outside in the cold and snow. The government has been thwarting the efforts of the believers to rent a venue for worship ever since.

"God reminded us of His grace through the rain and snow on this third anniversary of that day," wrote church representatives in a letter of praise and appreciation. "On that Sunday, God protected His church, and has been watching and guarding His church in the following battle. Although we are always blind to God's presence in this fierce battle because of our weakness, yet the Lord keeps reminding us through various ways that He is near and is with us."

Please pray that this amazing witness and joy will reach the hearts of unbelievers throughout the region and nation, drawing many to Christ. Please pray that the Shouwang Church will soon be provided with a safe indoor venue for their worship. Pray that government officials will respect religious freedom in China.

A Christian girl in Jordan was kidnapped by Muslim extremists on October 15 and forced to convert to Islam. The girl is from the town of Fuheis, which is the only settlement in Jordan that is still predominantly Christian. About 60 per cent of its 20,000 residents are Greek Orthodox, and the rest are Muslim or Catholic. A VOM contact said Jordan's Prime Minister visited Fuheis to help defuse the situation since the town is calling for the return of the girl. He is asking residents to stop protesting and forget about the girl, but residents responded by asking the leader to leave their town.

Kidnapping young Christian women and forcing them to convert to Islam is common in Egypt, but it hasn't been prevalent in Jordan.

Please pray that this girl will be set free and that the Jordanian government will stand up to defend the rights of all its people. Please pray that the prompt resolution of this situation will serve as a deterrent to all others who may wish to harm Christians. Pray that God will continue to grow His Church in Jordan.