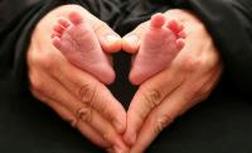 Two pro-life organizations, the Christian Advocacy Society of Greater Vancouver (CASGV) and the Crisis Pregnancy Centre of Vancouver Society, recently filed a lawsuit against prominent pro-choice activist Joyce Arthur for defamation.In January 2009, Arthur published a report on the now-defunct Pro-Choice Action Network website in which she alleged that crisis pregnancy centres in B.C. used deception, misinformation and scare tactics to advise women against having abortions.

While defamation lawsuits typically require that a claim be filed within two years of the incident, Brian Norton, executive director of CASGV, claims that Arthur's report, which is still available online, is continuing to tarnish the reputation his organization's reputation. Because of this, he argues, the report continues to renew itself every day that it remains active online.

"Since we would much rather be doing ministry than fighting for our reputation, and because we wish to be peacemaking and avoid knee-jerk litigation, we have not been pushing back. This has left Joyce Arthur's voice as the only one online. Because of that, harm has been mounting and can no longer be ignored," Norton says.

Arthur's lawyer Don Crane plans to file a motion to dismiss the lawsuit, claiming that the limitation period has expired.

Geoffrey Trotter, the lawyer representing the plaintiffs, says that there needs to be a way for those who believe they are being defamed to take action so long as the material remains accessible online.

"It would be an odd result if the victim of ongoing defamatory statements was powerless to prevent the ongoing harm. That would create an obvious lack of symmetry between the harm and the remedy," Trotter says.