Jail Sentence for Christian Refugee if Deportation to Uzbekistan Proceeds 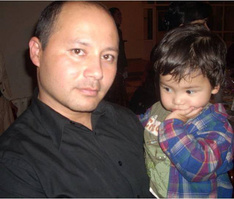 Uzbekistan is seeking to extradite a detained refugee, Makset Djabbarbergenov, from Kazakhstan on charges which carry a maximum 15 year jail term. Makset, a Protestant pastor, has been recognized as a refugee by the United Nations High Commissioner for Refugees.

Makset, who fled to Kazakhstan, is being sought by Uzbekistan for exercising freedom of religion or belief in his home town of Nukus (for more, click here). On October 15, a court in Almaty, Kazakhstan, authorized further detention until November 5. The court also claimed that the Uzbek charges -- which seek to prosecute exercising freedom of religion or belief -- can be equated to terrorism-related charges in Kazakh law.

Makset's wife has been stopped by Kazakh authorities from visiting him, as has a human rights defender who found he is being held in solitary confinement. The Supreme Court claims it cannot find an appeal he lodged in August.

A group of Christians in Maharashtra state were recently beaten up and accused of forcibly converting people. Hindu fundamentalists attacked a prayer meeting and a number of Christians, including women and children, were beaten. One man was hospitalized. Hindu leaders persuaded the Christians not to lodge a complaint -- for the sake of community peace -- but later accused the church's pastor, Ruzi D'souza, and other church leaders of being involved in forcible conversions -- a common accusation against the Church in India. On the basis of these claims, local police subsequently arrested 11 Christians.

The Hindu activists reportedly returned to the pastor's home during the night and attacked those present, causing further injuries.

Pray that the Lord will heal the injured. Ask God to take away any fear the believers may be feeling and instead give them a spirit of faithfulness and unity in Christ Jesus. Pray that the accusers will see that the message of the gospel is a free gift, not by coercion, and respond in faith to Jesus Christ (Ephesians 2:8-9). 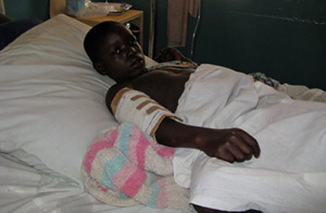 A suicide bomber forced his way into St. Rita's Catholic Church in Kaduna City on October 28, detonating an explosion that killed at least seven worshippers and left dozens with severe injuries.

According to eyewitnesses, after being denied entrance to the church grounds at the gate, the bomber reversed his vehicle and rammed into the church's perimeter wall, destroying the area reserved for the church's choir. The force of the explosion also caused severe structural damage to several nearby homes and buildings.

Please pray for the grieving and the injured. Ask the Lord to bless the efforts of President Goodluck Jonathan and all those in authority who are seeking to bring an end to the violence. Pray the Lord will give Nigerian Christians the desire and the ability to forgive their attackers and respond with love. 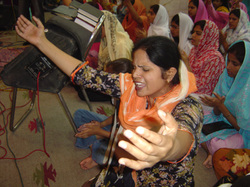 Shumaila Bibi, 24, is just one among hundreds of Christian women and girls in Pakistan to be kidnapped and tortured into converting to Islam over the past several years. On September 24, Shumaila was on her way home from work when her kidnapper, Muhammad Javaid Iqbal, 26, forced her to go with him. Shumaila had previously shunned Muhammad's advances and his marriage proposal.

The next day, Muhammad and his relatives took Shumaila at gunpoint to a lawyer where she was told to sign statements declaring she had converted to Islam and had married Muhammad. When she refused, she was drugged. While she was unconscious, the lawyer used Shumaila's thumb prints on the documents.

For days afterwards, Shumaila was sexually abused, harassed, and forced to study the Qur'an and the precepts of Islam. She was eventually able to escape on October 5 and return to her parents' home. Muhammad then told police that Shumaila had been kidnapped by her parents, and officials upheld his complaint because of the marriage and conversion documents. Shumaila's father, Mansha Masih, 68, now risks imprisonment for his daughter's "abduction." The National Commission for Justice and Peace has taken up his defence.

Ask God to bring about justice for Shumaila and her father. Pray for the safety and protection of all Christian women and girls in Pakistan who risk being kidnapped and tortured for their beliefs. Pray that God will encourage, strengthen, and deliver those being held against their will. Pray that Muhammad and his family members will come to know Jesus Christ.