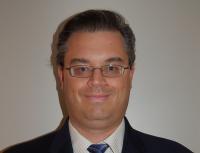 A Hamilton man is pursuing legal action against a local school board for what he says amounts to discrimination against him and his family because of their Christian beliefs. Steve Tourloukis is seeking a declaratory judgment from the court saying that he, as a father, has the final authority in the education of his children, who are in Grade 1 and Grade 4.

He is pursuing legal action because he says the Hamilton-Wentworth District School Board will currently not give him advance notice about what his children are being taught in the classroom, and it will not grant him the right to take his children out of the class when certain subjects go against what he calls his "traditional worldviews" as a Christian.

"I'm not going after money—I don't even want an apology," Tourloukis says. "My hope is for them to stop discriminating against my family. I want equal treatment for my family's Christian beliefs."

The legal action comes more than two years after Tourloukis submitted a "Traditional Values" letter to the school board asking them to warn him when his children's teachers plan to talk about marriage, family or human sexuality.

It's a stock letter Tourloukis obtained from Public Education Advocates for Christian Equity (PEACE), a Christian parent group led by Phil Lees, who is also the head of Ontario's Family Coalition Party.

PEACE trains parents to effectively communicate to the public school system what their beliefs are and what they want for their children.

Lees says that since 2008, hundreds of stock letters like the one Tourloukis filled out have been delivered to school boards in Hamilton and Toronto.

"Steve's is the only situation where a school has flatly denied him the right to be informed," he says.

Tourloukis says he gave the school board "a very, very short list of topics I'd require advance notice for, intentionally to not be a burden on them."

"Ultimately, [this] is not just about my religious beliefs," he says. "It doesn't matter what gender, race, sexual orientation or religion you are—every parent should have the right to know what their children are learning in class."

Tourloukis adds that school board's religious accommodation policy allows people from other faith communities to abstain from curriculum or activities that conflict with their faith.

"I do not begrudge these groups their religious accommodations," Tourloukis says. "I only want equal treatment."

He adds that the school board told him they would not grant his request because if, for example, his children left the classroom before a discussion about homosexuality, it might hurt the feelings of students in the class whose parents are gay.

"If your religious beliefs don't offend somebody, then you probably don't believe anything at all," Tourloukis says. "That's exactly why religious freedom is guaranteed in the Charter of Rights. For them to say [my children] can't abstain because it might hurt someone's feelings leads me to believe they don't know anything about religious freedom and constitutional rights."

The Hamilton-Wentworth District School Board did not return ChristianWeek's requests for comment.

Tourloukis's case was scheduled to appear before the court on September 20 but was then pushed to a future date that has yet to be determined.