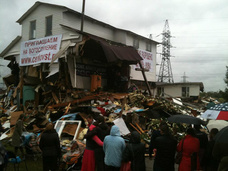 A three-storey church in Moscow, Russia, was destroyed recently with heavy equipment in a matter of hours. The Holy Trinity Pentecostal Church, located on the eastern outskirts of the city, was destroyed in the early morning hours of September 6.

Those responsible for the destruction broke into the building and took the church's female caretaker to the police station, where she was held for three hours, and removed the church's valuables. While the destruction was underway, men in plain clothes, who called themselves civil volunteers, patrolled the site.

The church, which was established 36 years ago, was registered by the government in the late 1970s. The city authorities, however, forced it out of its first building in 1995. In 2010, the public prosecutor demanded that the church vacate their replacement site -- a decision upheld by Russia's Supreme Court. Last October, the Moscow Arbitration Court ruled that the church must pay the city's Land Resources Department damages of 4,888,271 Roubles (approximately $150,000 CAD) for unlawful land use.

Please pray that the commitment of these believers to praise God in all circumstances will be an encouragement to all believers (1 Thessalonians 5:18). Please pray that the Lord will provide these Christians with a location to gather together to worship Him. Pray that God will soften the hearts of those opposed to this church. 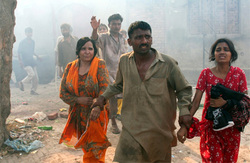 Rimsha Masih, 14, a Pakistani teenager who was accused of desecrating the Qur'an, has been released on bail (for more on the charges, click here).

Rimsha was granted bail on September 7, but could not leave the prison until adequate security was arranged. Two days later, she was transported in an armored vehicle to a helicopter that flew her to a secret location where it is hoped she will be safe from Muslim militants calling for her death. She is scheduled to be in court again on September 16 and is expected to be acquitted. However, even if acquitted, Rimsha will likely remain in danger.

Thank the Lord that Rimsha has been released on bail. Pray that God will encourage her and her family during this difficult time. Pray that those who oppose Christians may experience repentance and salvation, just as Paul did (Acts 9:1-19). 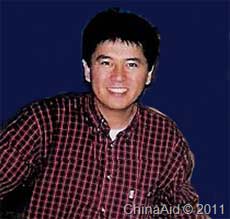 A lawyer for a prominent house church leader and two lawyers for an imprisoned Christian attorney have been refused access to their clients in two separate incidents.

In August, an attorney from Beijing applied to meet with imprisoned Christian Alimujiang Yimiti in Urumqi, Xinjiang. The lawyer was illegally and unreasonably refused access to Alim by prison officials. Alim, a convert from Islam to Christianity, has been detained since January 2008 and was convicted of "instigating separatism and revealing state secrets to foreigners" He is currently serving a 15-year sentence.

The following month, two lawyers for jailed Christian lawyer Gao Zhisheng were denied a meeting at the prison in far west China where he has been held since last December. In order to see their client, Gao's lawyers repeatedly tried to fulfill the unreasonable requests made by officials. However, they were still turned away because officials said they were not "authorized by the prisoner."

The lawyers in both these cases have said they will fight this decision by appealing to higher authorities and speaking publicly about the injustice.

Please pray that Alim and Gao will be supernaturally protected while they face these fiery trials. Pray that in all things they will look to our Father for strength. Pray that they will witness to others during their time in prison. Pray that the Lord will open the doors necessary for these men to meet with their legal counsel. Please pray that China will succumb to international pressure to uphold religious freedom for all citizens.

Continue to Pray for Persecuted Family in Pakistan
(Source: Voice of the Martyr Canada) 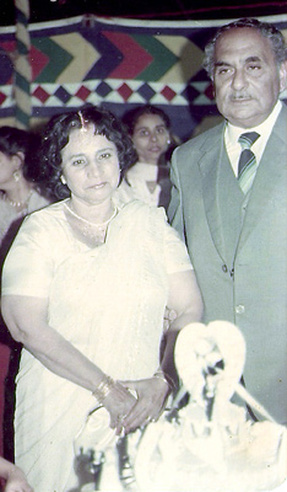 A Christian man in Pakistan who faced charges of blasphemy has requested prayer as he and his family members continue to face threats and opposition.

In May 2007, Walter Fazal Khan, who is in his 80s, was arrested after one of his servants accused him of burning pages of the Qur'an. An angry mob also attacked his home and Walter's wife, Gladys, was threatened with death unless she converted to Islam. She passed away the following month.

Although Walter was released on bail shortly after his arrest, his family continues to face persecution and threats. They have lost their home and are forced to conceal their whereabouts.

Please continue to pray for Walter and his family. Pray that they will remain steadfast in the Lord and that He will give them the strength they require (Philippians 4:13). Pray that God will blind the eyes of those who wish to harm them. Pray for other Christians in Pakistan who are facing opposition and false charges because of their faith.