A teenager in Tanzania was recently sentenced to two years in prison after being accused of desecrating the Qur'an. Eva Abdullah, 17, converted to Christianity from Islam three years ago. Her parents disowned her after her conversion and a group of radicals in her hometown of Bagamoyo tried to persuade her to renounce her Christian faith. When she refused, they falsely accused her of desecrating a Qur'an. Many Christian leaders were afraid to defend Eva because of Muslim dominance in the district. On July 26, Eva was sentenced to two years in prison by a judge who was allegedly bribed by the Islamic militants.

Praise the Lord for Eva's witness for the Gospel and ask God to strengthen her faith regardless of her circumstances (2 Peter 1:2-4). Pray the Lord will give her opportunities to share her faith in prison and use her testimony to strengthen the faith of believers all over Tanzania. 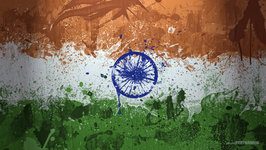 For months, a group of Hindu extremists in southern India had been blasting high-volume movie music at the prayer meetings of a local Christian ministry. In early July, the harassment crossed the line to assault when the Hindus burst into the prayer meeting of EndTime Ministries, knocked three worshippers unconscious and ripped the clothes off a widow, ministry officials say. The assault occurred in the village of Romagonadanahalli in central Karnataka, a fast-growing, comparatively wealthy state in southwest India. The Christians lodged a police complaint against the Hindu extremists, who filed a counter complaint against EndTime pastor, identified by the single name Mounesh. Both sides appeared in court on July 27, where the magistrate told Pastor Mounesh he should not conduct worship services in homes. EndTime Ministries has no building of its own; meetings and worship services typically are held in the pastor's house. EndTime Ministries has stopped all Christian activities in the area. Mounesh has moved services to another area for safety reasons. 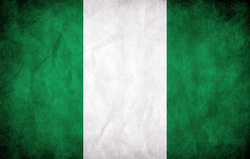 As a Christian from Southern Nigeria, Jonathan's candidacy was already problematic since an unwritten agreement stipulated that candidates from the North and South would alternatively hold the presidency. The previous president, Yar'Adua, a Muslim northerner, had just succeeded a two-term Christian when his untimely death prematurely ended his term, causing many Islamists to want the next president to be Muslim again.

Although Jonathan won the last election by a landslide, more than 800 people were killed and dozens of churches torched during three days of rioting after the election result was announced. Boko Haram has since threatened to cleanse northern Nigeria of its Christians by bombing their churches and attacking their congregations.

Pray the Lord will protect President Goodluck Jonathan from harm. Pray that he will exemplify the love of God through consistent love and prayer for those who persecute him and his people (Matthew 5:43-48). Pray the Lord will intervene and bring a stop to Boko Haram's plans. 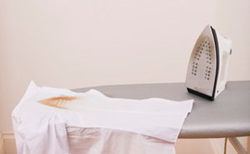 On August 1, a massive Islamic pogrom occurred on the outskirts of Cairo. A Muslim took offence when a Coptic launderer accidentally singed his shirt. Rejecting the Copt's offer of compensation, the Muslim returned with a large mob and attacked his business. The Copt threw a Molotov cocktail, unintentionally hitting a young Muslim bystander. When the youth died a few days later, Islamic clerics incited the pogrom as collective punishment of the Copts. The violence and death threats forced virtually the entire local Christian community of approximately 120 families to flee.