LHF Ministries
I’ve been going to Key West for more than 20 years and have spent weeks at a time on the tropical island. But something disturbing has happened in the 10 years since I last visited—and it’s merely a microcosm of what’s happening in the world today.

You can no longer walk down Duval Street—the famous drag of shops and restaurants—without running into the likes of Mahadeo Jerrybandhan, a renowned “peerless palmist” from Trinidad with a long white beard and an even longer white robe. But Jerrybandhan is not alone. He has plenty of peers in Key West, from psychics to mediums to channels to healers to tarot card readers to astrologers. The only group I didn’t find down there were the crystal readers.

Then there’s “Robert the Doll.” Key West profiteers have designed so-called ghost tours that explore the haunted history of Key West, including old wooden houses where spirits purportedly walk. Tour guides will tell you that Key West is one of the most haunted cities in the world with elevated paranormal activity. A local voodoo’istic icon, Robert the Doll will supposedly curse you if you take his picture without permission or forget to thank him for the privilege.

The Abomination of Occultism 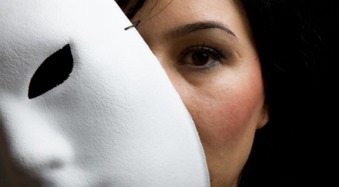 As you can imagine, seeing all this grieved my spirit. But I should not have been so surprised. Occultism has been slowly creeping into American culture for decades as movie makers exalt witchcraft and vampires while the music industry pumps occult rock. Beloved, we are in the midst of a great spiritual crisis even now. Our literature, music, video games, comics, films and television shows are full of mysticism and the occult. Some of it is subtle. Some of it is blatant. All of it is wicked.

“There shall not be found among you anyone who makes his son or his daughter pass through the fire [which is an ancient occult practice], or one who practices witchcraft, or a soothsayer, or one who interprets omens, or a sorcerer, or one who conjures spells, or a medium, or a spiritist, or one who calls up the dead. For all who do these things are an abomination to the Lord” (Deut. 18:10-12, brackets added).

The Lord rebuked Israel for practicing astrology (Isaiah 47:10-14). Jezebel practiced witchcraft (2 Kings 9:22) and we know how that ended. Ephesus was known for a population that practiced magic arts (Acts 19:19). And the book of Revelation makes it clear that “the cowardly, unbelieving, abominable, murderers, sexually immoral, sorcerers, idolaters, and all liars shall have their part in the lake which burns with fire and brimstone, which is the second death” (Rev. 21:8).

Kabbalah, Kundalini and Jezebel
And yet we see occult practices, like Kabbalah, gaining momentum in the church. We see "prophetic words" delivered in what appears to be Kundalini fashion, with violent shaking and demonic tongues against a backdrop of tribal bongos that set the congregation into hysteria. We see a Jezebel spirit working to seduce saints into idolatry and sexual immorality—and oftentimes succeeding. We see all sorts of strong delusion and strange fire with occultic ties in the modern church.

But we should not be surprised. The rise of occultism is a sign of the end times. Satan’s plan is to fascinate our hearts with occult power and deceive us. The Holy Spirit, meanwhile, wants to fascinate our spirits with a revelation of the Son of God. I believe God’s people are enticed by occultism when they begin seeking spiritual experiences above seeking God. It’s a subtle—and dangerous—shift. Many Christians are on fire for God, but that fire can suddenly turn strange if we are not rooted in the Word. If we seek supernatural experiences, we will find them—but they don’t always come from Jesus.

Beloved, we must not play with strange fire. Ultimately, the occult leads to murder and mayhem—immorality of all kinds. It’s not likely that you would ever willfully visit the likes of Mahadeo Jerrybandhan, the peerless palmist—or any of his peers. But could you ignorantly be engaged with occultic practices that are opening the door to deceptive dangers? Could it be coming from what appears to be godly influences—even within church culture?

Discernment or Deception?
Don’t brush the question off before praying about it. If you want the truth, the Holy Spirit will lead you and guide you into all truth. Please hear me! Even a little occult is a deadly poison—a little leaven leavens the whole lump. The Bible warns about deceptive teachers, false apostles and deceitful workers. The Bible warns about self-deception. And it’s your responsibility to keep your heart pure. If you've stepped into this demonic ditch, repent now and warn others.

Friends, we’re in an end-times war with eternal consequences. Satan is using the occult to seduce people away from the kingdom of God to dance in the kingdom of darkness. I pray that the Lord gives you discernment and awakens your spirit, for you do not know on what day your Lord is coming (Matt. 24:42).