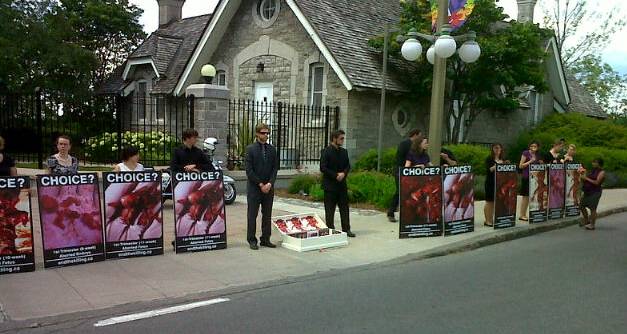 The New Abortion Caravan has been traveling across the country since May 29, when they launched their campaign in Vancouver.  They are re-tracing the steps of the old abortion caravan from 1970, where a group of self-proclaimed “furious women” sought to repeal the abortions laws and obtain free abortion on demand.  18 years later they got what they wanted, and tax-funded abortions happen through all 9 months of pregnancy in Canada.

Gray said her group is taking the historical “sacred cow” of Canada’s abortion rights movement in order to “redeem it and end the killing of pre-born children in our lifetime.”  She and her group identify themselves as the “survivor generation” since they were born at a time when abortion was widespread.

“Abortion has ended the lives of over three million pre-born children in Canada since 1969. Their silent screams cannot be heard, but their broken bodies can be seen. We are here to show Canada’s elected officials the faces of Canada’s invisible children.”