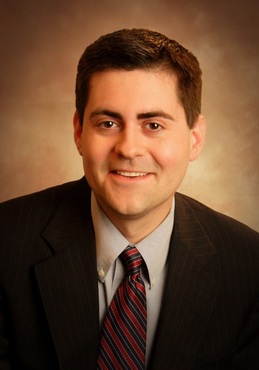 _ A respected pro-family organization has announced a boycott of Starbucks coffee. The group, which supports legal protection for traditional marriage, launched the "Dump Starbucks" campaign after a national board meeting in which the Seattle-based coffee company mentioned support for same-sex marriage as a core value of the company. Some Christians are wondering whether we ought to join in the boycott. I say no.

It's not that I'm saying a boycott in and of itself is always evil or wrong. It's just that, in this case (and in many like it) a boycott exposes us to all of our worst tendencies. Christians are tempted, again and again, to fight like the devil to please the Lord.

A boycott is a display of power, particularly of economic power. The boycott shows a corporation (or government or service provider) that the aggrieved party can hurt the company, by depriving it of revenue. The boycott, if it's successful, eventually causes the powers-that-be to yield, conceding that they need the money of the boycott participants more than they need whatever cause they were supporting. It is a contest of who has more buying power, and thus is of more value to the company.

We lose that argument.

The argument behind a boycott assumes that the "rightness" of a marriage definition is constituted by a majority with power. Isn't that precisely what we're arguing against? Our beliefs about marriage aren't the way they are because we are in a majority. As a matter of fact, we must concede that we are in a tiny minority in contemporary American society, if we define marriage the way the Bible does, as a sexually exclusive, permanent one-flesh union.

Moreover, is this kind of economic power context really how we're going to engage our neighbors with a discussion about the meaning and mystery of marriage? Do such measures actually persuade at the level such decisions are actually made: the moral imagination? I doubt it.

I'm all for protecting marriage in law and in culture, and I'm for that partly because I believe it is necessary for human flourishing for all people, believers and non-believers alike. But there's a way to do so that recognizes the resilience of marriage as a creation institution and that rests in the sovereignty of God over his universe.

Those who are scared of losing something are those who seem frantic or shrill or outraged. Those who are fearful resort to Gentile tactics of lording over others with political majorities or economic power. The winners, on the other hand, are able to take a longer view. We're able to grieve when our neighbors seek to copy marriage without the most basic thing that makes marriage work: the mystery of male and female as one-flesh.

But we don't persuade our neighbors by mimicking their angry power-protests. We persuade them by holding fast to the Gospel, by explaining our increasingly "odd" view of marriage, and by serving the world and our neighbors around us, as our Lord does, with a towel and a foot-bucket.

Fear can lead us to cower and to hide a view of marriage that seems archaic and antiquated. That's why so many evangelical Christians have already surrendered, in their own lives, on such questions as round-the-clock daycare or a therapeutic view of divorce. But fear can also lead us to a kind of enraged impotence, where our boycotts and campaigns are really just one more way of saying, "I'm important; listen to me." Marriage is too important for that.

A Roman governor thought Jesus was weak when he refused to use imperial means of resistance. But Jesus' refusal to fight meant just the opposite of what Pilate assumed. "If my kingdom were of this world, my servants would have been fighting," Jesus said (John 18:36).

Let others fight Mammon with Mammon. Let's struggle against principalities and powers with the One thing they fear: a word of faithful witness that doesn't blink before power, but doesn't seek to imitate it either.

With the confidence of those who have been vindicated by the resurrection of Christ, we don't need to be vindicated by the culture. That ought to free us to speak openly about what we believe, but with the gentleness of those who have nothing to prove. Let's not boycott our neighbors. Let's not picket or scream or bellow. Let's offer a cup of cold water, or maybe even a grande skinny vanilla latte, in Jesus' name.
Editor's Note: The above opinion is does not necessarily represent the views or opinions of myself or LHF Ministries. I shall continue to personally boycott Starbucks due to their announcements against Christian values.