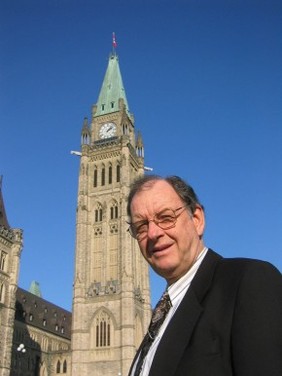 There it was, in the first paragraph of one of the 20 or so news releases from various corners of Parliament, stacked in my e-mail inbox this morning. There was what?

The magic word, of course.

It was like red meat for a faith-political journalistic beast. Like Calvin Institute, Wesley Acres, St. Patrick, Mormon president, or even John the Baptist, such a word cannot help but conjure up possibilities for my weekly OttawaWatch piece.

Lutherwood, as it happens, is a social service agency in Lutheran-strong Kitchener, Ontario. It was founded by Lutheran Church Canada people 30 years ago.

Lutherwood’s longer-form name is Lutherwood Child and Family Foundation and its services are mainly in youth mental health, housing, employment and family support. You can find out more at www.lutherwood.ca. Its short-form mission statement is “Caring people. Strengthening Lives.”

The news release that caught my attention announced that Human Resources and Skills Development (HRSDC) Minister Diane Finley was set to make an announcement about her ministry’s support for Lutherwood’s efforts to “help local youth and people with disabilities overcome barriers to employment and enter the job market.”

Now, as it turned out, Finley was not able to make it to the announcement because of some unforeseen circumstances. So Kitchener-Conestoga MP Harold Albrecht filled in for her.

Harold Albrecht is more “red meat” for OttawaWatch readers. He is a dentist-cum-pastor who really understands faith-based community development work. His denomination, Brethren in Christ (BinC), has done some outstanding work in these areas, in affiliation with the Mennonite Central Committee. Albrecht, himself, has been involved in some initiatives, through short term dental locums in less-developed nations.

(That mention allows me to report Albrecht’s gentle admonishment to this reporter a few weeks ago, after I suggested that BinC is a Mennonite “spinoff”. Not so, he suggested, although many people make the same mistake, because of their MCC affiliation. Like Mennonites, BinCers are Anabaptists, he said, however, their historical development is quite separate.)

Albrecht announced that through two federal programs, Skills Link and Opportunities Fund, Lutherwood will receive over $880,000 “to help 115 youth and 18 individuals with disabilities overcome barriers to employment.”

He spoke of changing demographics – aging population, skills shortages and high unemployment is some regions – as all having some impact on the Canadian labour market.

Finley’s office amplified a little on the overall approach. “The Government of Canada works with community organizations because they are best placed to identify labour shortages and respond to local challenges. With an annual investment of more than $300 million, the [government’s] Youth Employment Strategy is helping youth get jobs now and prepare for the workforce of tomorrow.”

It was intriguing to read this release between the lines, having just heard Finley speak about “Addressing Social Challenges by Empowering Individuals and Communities”, at the Manning Networking Conference a couple of weeks ago. She was following the conference theme, incrementally, in inferring the seemingly increasing public support for the idea of “government as facilitator”.

For faith-based organizations, like Lutherwood and the Mennonite Central Committee, there is a challenge. It is to do the things in their communities and beyond that make a real difference, without losing the values and beliefs that brought them into existence in the first place.