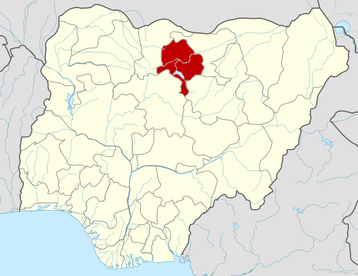 Two members of Boko Haram were arrested by the Nigerian military after attempting to bomb a police station, a bank, and the home of the Divisional Police Officer (DPO) in Tudun Wada Local Government Area (LGA), in Kano State.

According to eyewitness reports, nine other members of Boko Haram died during a fire fight with the military that occurred in the aftermath of the bombing attempt. The attack follows the alleged breakdown of talks between the government and Boko Haram after two potential mediators declined to participate.

Meanwhile, on Sunday March 18, a man died during a shoot-out in Ungwan Yelwa in Chikun LGA, Kaduna State between the police and four gun men believed to be members of Boko Haram. The three other gun men are reported to have escaped as local residents came out of their homes to confront them.

The Police Command in Kaduna State has stepped up surveillance in the area in the aftermath of the shoot-out, including the use of stop-and-search. The Kaduna State Commissioner of Police, Mohammed Abubakar, described the gunmen as members of a criminal gang, not Boko Haram.

The military response followed attacks on three villages in Chikun LGA on 15 March by unidentified men armed with AK 47s, in which ten villagers were killed. Sources told Christian Solidarity Worldwide (CSW) that five men were shot dead and two injured in Dayi Village; three men were killed and one injured in Dakunu Village, and in Kunfara village two men died, including Assemblies of God (AOG) pastor, Innocent C Mari. The attackers also looted the church building and set fire to musical instruments.

CSW's Advocacy Director Andrew Johnston said, "CSW is saddened to learn of the loss of life that occurred during the armed assault on villages in Chikun LGA. Our thoughts and prayers are with the families and loved ones of the victims. We commend the military for their swift interventions in subsequent attacks in Chikun and Tudun Wada, which succeeded in safeguarding the lives of innocent civilians, and which provide clear evidence that diligent and decisive action yields results. We urge the security services to intensify and continue their efforts towards disrupting and ending Boko Haram’s violent campaign and restoring lasting peace and stability to the country.”