__How Old is the Earth?
by: Walter Blackwood 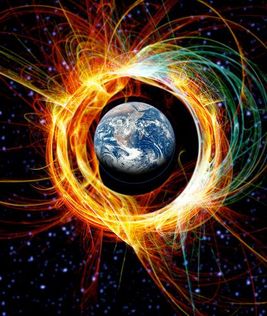 There are many methods that can be used to find the actual age of the earth, as various effects can be measured over a period of time and used to establish the historical time line.

The Moon's Dust Interplanetary dust and meteors is depositing dust on the moon at the rate of at least 14,300,000 tons per year. At this rate, if the moon were 4.5 billion years old there would be at least 440 feet of dust on the moon. The astronauts, however, found a layer only 1/8 to three inches thick. Three inches would take only 8000 years. Even evolutionists believe the moon is the same age as the earth, giving the earth's age as only 8000 years.

The Earth's Rotation The rotation of the earth is gradually slowing down at about .00002 seconds a year. The lost energy is transferred to the moon. The moon, therefore, is slowly moving away from the earth at about 4 centimeters a year. This would put the moon in contact with the earth less than 2 billion years ago. Yet, if the moon were closer than about 11,500 miles, the moon would be broken into tiny pieces, much as the rings of Saturn.

The Missing Helium Helium is generated as radioactive uranium decays. This is known as radiogenic helium, and is the primary source of helium in the earth's atmosphere. If the earth were really 4.5 billion years old as claimed by the evolutionists, the atmosphere would be saturated with this helium. But it isn't. Where did it go? It can't escape to space. The simple answer, of course, is that the earth isn't really that old.

The Comet Mystery Comets, as they orbit the sun, are literally torn apart by gravitational forces, internal explosions, and solar winds. Short period comets can't exist for more than 10,000 years. Most astronomers believe that comets originated at the same time as the solar system. That limits the age of the solar system to about 10,000 years.